Home » Blog » Uncategorized » VR and Beyond: What You Need to Know About the Oculus Rift

Life is rough, which is why you need to find a way to relax and have fun. Wouldn’t it be nice if you could escape into a virtual reality, even if only for 30 minutes every once in a while? This is possible with the Oculus Rift visor by VR. If this sounds like something you’d like to experience, take a look at all of its possibilities for the future.

What is the Oculus Rift? 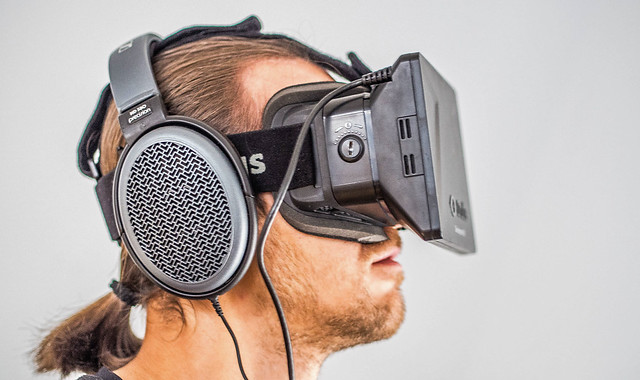 With the current technology, most Oculus Rift games turn into 3D cockpits and other environments that have minimal change. This helps make the experience more real. With time, Oculus Rift games will get better and have fewer limitations. The acquisition of Oculus Rift by Facebook is a move in the right direction to make this happen. Plus, we’ll probably see social media incorporation because of it.

What Games Can You Play with the Oculus Rift?

Right now, the Oculus Rift is mainly used as a gaming device. Several of the games are multi-player, which could be the next big thing on social media. Take a look at some of the most popular games available today.

What’s Next for Oculus Rift?

Facebook acquired Oculus Rift for $2 billion, so users can expect more social media interaction with this device in the future. However, CEO Mark Zuckerberg wants to promote virtual reality beyond gaming. For instance, people could use Oculus Rift to overcome post-traumatic stress and phobias.

The Oculus Rift visor could be used to train employees, especially those that work in hazardous environments. Just imagine the impact in the medical field if doctors could practice procedures, such as brain surgery, before ever touching a patient. Tours of historic sites or college campuses would also be a breeze thanks to the Oculus Rift visor.

The Oculus Rift is expensive — about $350 — which is why it isn’t mainstream yet; however, it could become as popular as the Xbox or Nintendo Wii. Have you experienced the Oculus Rift?