Home » Blog » Uncategorized » What You Need to Know About Quantum Computing

If you think technology is fast now, just wait until quantum computing becomes commonplace. A quantum computer is a supercomputer that works off principles of classic and quantum mechanics to perform several tasks simultaneously. Quantum computers were first proposed by British physicist David Deutsch in 1985, and his research has paved the way for these super computers to become a reality. Take a look at how quantum computing works and what applications it has for the future.

The Difference Between Quantum Computing and Current Computing Technology

Quantum computers can factorise two large numbers into two prime numbers. This is important because all encryption is based on this method. Basically, quantum computers can de-encrypt faster than has ever been possible. They do pretty much everything else faster, too. 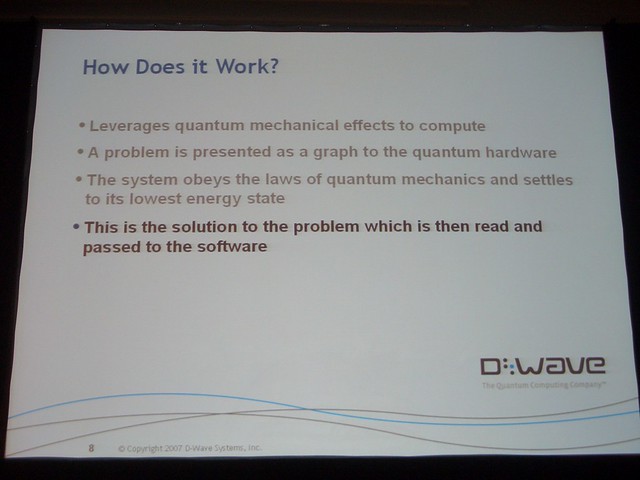 Quantum computers are not going to look like the desktops and laptops we’re used to. According to Dr Ruth Oulton of Bristol University, they’ll probably take up entire rooms at first until a quantum chip is developed for use in desktops and laptops. D-Wave is the first firm to sell a “supposed” quantum computer. It comes at a price tag of $10 million and takes up a significant amount of room.

Google bought a quantum computer from D-Wave and so did defense contractor Lockheed Martin. Of course, people are still debating whether D-Wave’s computer is truly quantum; however, researchers at the University of Southern California believe it’s the real deal. Either way, it is definitely one step closer to faster computing and more advancements in technology.

How Quantum Computing Will Change the World

Quantum computing is going to revolutionize technology. Everything will run faster, which opens up all sorts of possibilities. Technology has already changed the way people live their lives, but it’s not done yet. Take a look at some of the potential benefits of quantum computing on the world.

Quantum computers can handle any task. In the future, you’ll never have to wait for a website to load and quantum computing will affect your life in several other ways. Of course, we’re still a few years off before any of this becomes a reality. Once quantum computing becomes mainstream, your world is going to change.