Home » Blog » slots » What is the Payout Percentage for Slots? 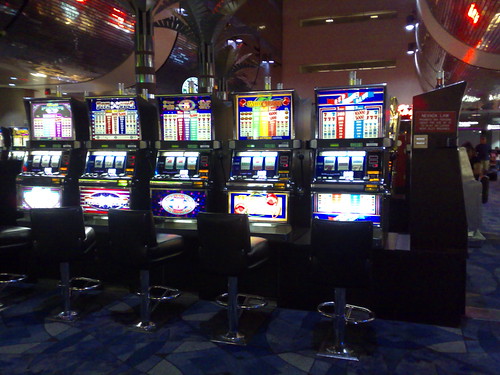 If you’re interested in playing slots, one of the first things you should learn about is payout percentage. Looking at these numbers will help you understand how various games work so you can make a smart decision about which machines to hit up first.

Payout percentages are something you’ll hear a lot about when you’re playing slots. Table games refer to this same basic concept as the “house edge.” The payout percentage for a slot machine tells you the average profit that a casino will make off that machine over a certain period of time. If a slot machine has a 97 percent payout, this means that the casino will keep 3 percent of what players wager over the long-term.

It’s important to understand that the payout percentage does not refer to how much you should expect to make back during your afternoon, or even your weekend, of gaming. If you put $100 into a machine with a 97 percent payout, you probably won’t get a full $97 back. This is because the numbers are skewed by those lucky individuals who win. If you put in $100 and win $1,000, you’ve obviously upset the averages for other players, who would have to lose more than 3 percent for the payout percentage to even out to 97 percent.

According to a 2013 article in the Sun Sentinel, Florida’s Seminole casinos have a payback percentage of about 97 percent for their slots. Las Vegas strip casinos pay back about 90 percent. Downtown casinos in Las Vegas typically offer a better payback of about 93 percent. Dollar slots nationwide typically pay back about 97 percent because you’re putting in more money. Penny and nickel slots offer a lower payout percentage that’s typically 90 percent or lower.

Some states regulate the payback percentages for their slot machines by law. According to American Casino Guide, those with requirements include:

The more you spend for each round on a slot machine, the higher your payout percentage will usually be. For example, in Louisiana, the payout percentage for $5 slots ranges from 93.2 percent to 94.4 percent. For nickel slots your payout is between 91.3 percent and 92.6 percent. Penny slots have the lowest payout with percentages ranging from 88.4 to 88.6.

Always remember that payout percentages don’t necessarily reflect what you’ll make on a certain game. You’ll enjoy higher payouts on games that you put more money into, because an hour on these machines is more expensive than an hour with the penny slots. Over the long haul, the casino still earns more. Play within your means on any machine that you choose.
Slots are a fast and fun way to delve into the world of gaming. Understand your odds and then give these games a try.