Home » Blog » blackjack » Living the Dream: A Retrospective of the MIT Blackjack Team 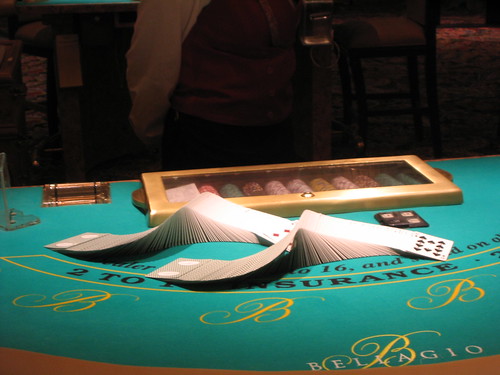 If you saw the movie “21,” you know it’s based on the true story of MIT’s legendary group of card-counting blackjack players. Like all “true story” films, many of the events in the movie version were added as plot devices, but several of the scenes actually happened. Here’s the real story of the MIT players.

The MIT blackjack team was made up of a group of math whizzes who realized that they could beat the house at blackjack if they could find a way to accurately count cards. Card counting, which refers to keeping track of which cards have been played and which cards remain in the shoe, is not technically illegal. It is, however, considered cheating, an activity that gets players banned from the casinos. So the challenge for the MIT team was to find a way to accurately count cards and discreetly signal the actual players when to bet big.

How They Did It

Bill Kaplan, the Harvard Business School graduate and legendary blackjack champion, recruited players from MIT for his intensive blackjack training program. Training consisted of learning how to count eight-deck shoes with near-perfect play. Members could be spotters (card counters) or big bettors at the blackjack tables, so the team also had to learn a constantly changing set of code words that signaled when high cards were coming up, how “hot” the cards were so the player could bet appropriately, and when the shoe was played out and the bettor should move to another table.
A three-member team played at a table: a spotter, a controller, and a big bettor. The spotter counted cards, and the controller consistently placed small bets, wasting money and verifying the spotter’s card count. When the controller verified a positive card, he signaled the big bettor, who would place a huge bet and win big. This team approach gave the MIT players a two to four percent edge over the house.

How Successful Were They?

Kaplan ran the team like a business, and his first investor offering yielded an $89,000 stake. In his “prospectus” to investors, he expected players to win $170 per hour of play, which would be split equally between the player and investor. After his first 10 week run, players averaged about $165 per hour of play, which worked out to $80 per hour for the players and a return on investment of over 250 percent.

Throughout the 80s and 90s, the team, which at some points numbered 80 players, won millions and millions of dollars for its members and investors, with earnings often exceeding $400,000 on a single Vegas trip.

Where Are They Now?

Of the team members portrayed in the film, Jeff Ma went on to start a number of successful tech startups. Jane Willis studied law, and is a partner at the prestigious Boston firm Ropes & Gray. Mike Aponte won the 2004 Blackjack World Series, and then founded the Blackjack Institute. John Chang is still playing blackjack, although he has to remain heavily disguised in Vegas. Bill Kaplan, the man who started it all, retired from blackjack and founded a successful email marketing company.

Although these players won big with card counting, there are plenty of other ways to increase your earnings at the casino. Do you have a favorite game to win big on? Leave a comment below.