Home » Blog » Uncategorized » The Internet of Things: The Future of Devices Communicating with Each Other

For years we’ve had access to wireless capabilities that allow us to seamlessly exchange files and share data across devices. But the Internet of Things is a bit more complicated (and convenient) than that. As technology evolves, we’re entering a world that’s more widely integrated with the Internet of Things, and we’re quickly becoming better at device communication.

What is the Internet of Things? 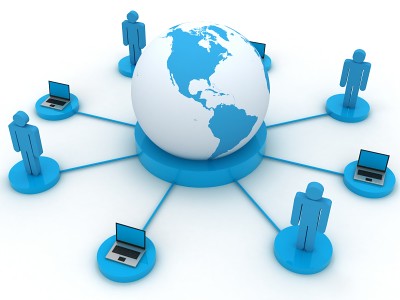 This may include anything from digital thermometers to heart monitors. One device or component collects the data and automatically delivers that information to the receiving component, which responds without humans having to do anything manually.

Where Are We Now?

While the Internet of Things is growing, it’s not a new concept. The term was coined back in 1999, but it had already been around for some time. At that point, about the coolest Internet gadget was a soda machine that automatically reported whether there were products still inside. Clearly we’ve come a long way. Some examples of tech we have today that work this way include:

There are obviously tons of other gadgets aside from these listed, but have we reached our full potential yet? Certainly not.

Where Are We Headed?

We’re already in the middle of a revolution. The new wave of technology is here, but most of us haven’t adopted it yet. Don’t worry. We will. The Internet of Things is changing the way we perform day-to-day activities. If recent products are any indication, soon your sprinklers will turn on in response to moisture sensors, your coffee will begin brewing upon your approach, and your refrigerator and cupboards will automatically update your grocery list. Heck, you may already use these devices.

While we’re not at a point where the majority of the population uses these smart devices, it will soon become a norm much like how television and cell phones are in nearly every home in the country. By 2020, there will be 26 billion connected devices worldwide, says research firm Gartner as reported by The Guardian.

How Will This Impact Us?

While we’ve mostly discussed how this concept is changing the home, the Internet of Things offers more benefits than that. The business sector is already creating a business of the future with smart devices that cut down on labor. Factory machines automatically adjust to perform at their most efficient level, virtual assistants save time and money, and smart medical programs allow doctors to work quicker without sacrificing quality care. More businesses are integrating these technologies that they’ll soon become the norm.

The Internet of Things is not a new concept, but it is growing at a fast rate that soon we may know nothing but smart communication.