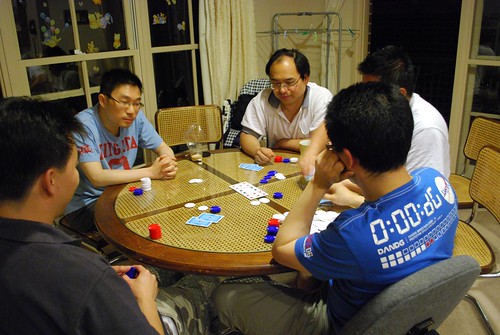 Just about every gambler, whether a beginner or a pro, believes some myths about games. Whether it’s a lucky coin or confused mathematics, gambling and mythology seem linked forever. Learning about these myths will take you one-step closer to playing responsibly without any delusions.

1. My System is Infallible

Before claiming that you have an infallible gambling system, consider who sets the rules of play. The casino does. That’s why at the end of the day, the casino always wins. You may have good luck that nets you a profit, but you can’t rely on a gambling system to always help you win.

If casinos didn’t make more money than they handed out, then they would go out of business. That’s why there is always a house edge. Always.

At best, a good gambling system tells you to stop playing before you lose all of your money. At worst, they encourage you to make absurd bets that have nearly zero chance of winning.

2. Some Slot Machines Are Hot or Due

3. I Don’t Have a Problem if I Can Afford It

Some people get addicted to gambling. That addiction has nothing to do with how much money you do or do not have. Having a lot of money might make it easier for you to live as a gambling addict, but it doesn’t eliminate the problem.

Many of the negative effects of a gambling addiction don’t even involve money. An addiction also demands time. Addicts feel an uncontrollable urge to gamble even when they need to spend time with their families and friends. Eventually, relationships suffer.

4. Poker is a Game of Skill, Not Chance

Playing poker definitely requires skill, and some people obviously have more skill at playing the game than other people. However, that doesn’t mean the outcome of a poker game solely relies on the player’s skill.

The best skill you have in poker is deciding whether to stay in the game or get out. That just means you could lose less money, but it doesn’t mean you won’t lose.

5. If I Had a Gambling Problem, I Would Know It

Actually, you might be the last person to know it. The addicted brain is a master of deceit. It doesn’t matter whether it’s addicted to drugs, gambling, or anything else.

The truth is that most gambling addicts don’t want to admit their problems. They want to hide them. That’s why families often need interventions to stop unhealthy behaviors.

What other gambling myths have you heard? Get them out in the open so everyone has the information they need to enjoy games responsibly.