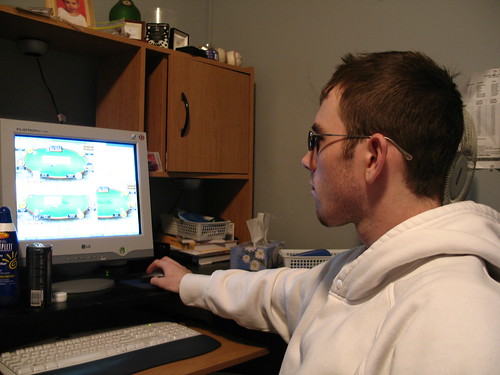 Currently, there are only three states that permit online gambling – Delaware, Nevada, and New Jersey. More are expected to jump on board in 2014 as the federal government loosens its rules and regulations. Some people debate whether this is a good thing or not, but there definitely are significant benefits to legalizing online gambling. Take a look at these four reasons why states are starting to consider the move.

Online Gambling Would Boost the Economy

Online gambling in the United States is currently in a state of limbo as the government tries to decide how to handle the matter. There are two bills currently being discussed in congress that would move to legalize online gambling on a state level. Bloomberg Industries projects that online gambling will reach $23 billion in revenue nationwide by 2023 once it is legalized in more states.

Identity Verification Is Easier to Monitor

Underage gambling will always be a problem at casinos and online. However, online gambling is a lot easier to monitor in terms of identity verification because minors don’t have credit cards. At casinos, minors can sometimes get away with gambling because they have cash. Yes, a minor can always steal their parent’s credit card, but the same is also true at a casino.

Regulations Are Easier to Enforce

Casinos get a bad rap because of the types of people that like to gamble. Some people get addicted to it and that creates a whole slew of problems, including a variety of crimes. Gambling at a casino allows people to retain some anonymity, but this isn’t possible with online gambling. That’s why it’s easier to catch problem gamblers online. Online casinos can set betting limits and catch crooks that would typically slip through the cracks at a physical casino.

On top of all the other reasons already mentioned, people should be allowed to gamble online because it’s a form of recreation. There is also the argument that people are entitled to privacy and so they should be allowed to do anything they want in the privacy of their own home, unless it jeopardizes the freedoms and rights of others. People clearly enjoy gambling. Letting them do so without physically going to a casino would make them even happier. As long as the proper regulations are in place, there shouldn’t be a problem.

These are just a few reasons why online gambling should be legalized on a state level. However, the government has to carefully consider all the problems that could arise. That’s why it’s been such a slow process. There will come a time when it’s not hard to gamble online in the United States.