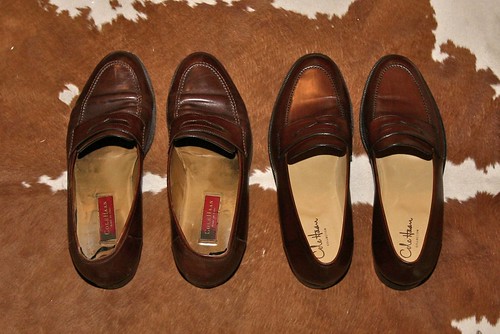 Ocean’s Eleven, Ocean’s Twelve — well you know the drill, casino heists are made for the big screen. For years, many movies have revolved around the thrill of theft. However, sometimes life is more interesting than art. Occasionally, a real robbery comes along that’s so grand, it tops even the adventure of a feature film. Read on to learn about four mind-blowing casino heists; some are comical, others are just plain crazy.

Affectionately known as the shoe robbers, these casino criminals did everything but try to steal sneakers. The crafty crooks used 1970s technology to rig signals to their shoes. The transmissions from the shoes interacted with nearby roulette machines to reveal winning numbers. Southern California Public Radio reports, “Apparently these devices literally shocked their socks off, too. They pulled this rouse off for a few months before being caught.”

2. A Heist with Heavy Lifting

Arizona Central News states that several men attempted to rob an Arizona casino of $2 million. However, the legendary heisters had quite an imaginative plan for how they would pull it off – and apparently they didn’t have the muscles to do it. “[one of the men] made fake manhole covers so they would be lighter and easier to lift, and then switched them with two others the day before the robbery. The men placed ladders and ropes in the manholes and parked an all-terrain vehicle in the sewer system so they could race the money from one manhole to the other.”

Turns out even the fake manhole cover was too much to lift. The men were busted soon after fleeing the scene.

The Las Vegas Sun remembers a casino crook who was actually a casino employee. The Stardust Casino’s crazy cashier, “[…] walked out the door of the now-demolished casino in September 1992 with an estimated $500,000 worth of cash and chips. The suspect, William John Brennan, has not been seen since.” Nothing is known about Brennan’s robbery motives. Despite several warrants for his arrest, he’s still at large. Hopefully it was money well stolen since he’s bet everything on staying hidden.

4. Bahamas and the Big Top

In 1993, Heather Catherine Tallchief robbed an armored car outside of Circus Circus Casino on the Las Vegas strip. While the activity didn’t take place inside the casino, she still made off with $2.5 million in cold hard cash. According to the Los Angeles Times, the woman and her partner wore a disguise and might have never been found, but eventually the guilt got to her. In 2005 Tallchief turned herself in.

These four mind-blowing casino heists are some of the best in history. Whether these criminals made it away green handed, confessed, or simply got caught, the fact remains: their heists were legendary.
Do you think you could get away with a casino heist? How would you pull it off? What would you do with the money? Share your casino heist fantasies in the comments below.