Home » Blog » casino » 4 of the Craziest Casino Bets Ever Made 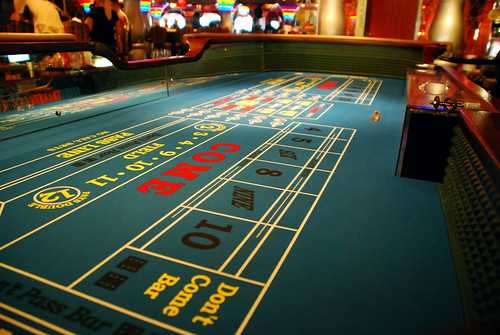 These days, you can bet on anything you can think of, as long as it has a measurable outcome. Just find a bookie, set your terms, get the odds and you’re good to go. People have come up with some pretty crazy bets over the years, let’s check out some of the most interesting ones ever documented.

In 1995 a man in Las Vegas was down on his luck. His wife had just kicked him out of the house. On his way to the social security office to cash his $400 check he did what any other person down on their luck would do, he decided to go try his luck at the Treasure Island Casino in Las Vegas.

He smelled so awful that no one would sit next to him, but fortunately the cards can’t smell a thing. Using a completely unconventional style playing blackjack he managed to surprise everyone and turn that $400 check into a cool $1 million.

But remember, he was down on his luck. Instead of leaving a man with a second chance he continued to play. He left Treasure Island with $400 less than he had when he entered the casino. I guess you’re not completely done playing until you’re out of money!

Benny Binion, the owner of the Horseshoe Casino popularized big-ticket betting in Vegas. In order to attract big money players who were after serious action, allowed some outrageously large gambling opportunities. He knew it would result in increased profit margins for his casino – except when they resulted in huge losses.

In 1980 William Bergstrom decided to try Benny’s big-ticket betting when he opened a suitcase with $777,000 in it and placed it all on the Don’t Pass line on the craps table. The thrower sevened out and Benny’s great strategy fell flat on its face as Bergstrom left with 2 suitcases full of money.

Not all the wagers in Vegas take place on the casino floors. People will bet on anything for incredibly high amounts of money. For example, renowned high-roller John Hennigan’s buddies bet him $100,000 he couldn’t last six weeks in Des Moines, Iowa. Hennigan loved the nightlife in Vegas, but left for Iowa determined to easily win $100,000. Two days later he returned to Vegas, gladly paying his friends off.

This is another wager that took place away from a gaming table, but it’s a beauty! Brian Zembic and a close friend got to arguing about breast implants, and of course that led to a wager. His friend bet him $100,000 he wouldn’t get 38Cs implanted into his chest for a complete year. Needing to cover previous gambling losses, Zembic went under the knife and made it a year with his fake boobs. But the best part is he kept them in after the year was up. He found they made for a great conversation piece – but frankly, he probably kept them because of the increased confidence they gave him.

Oh, there’s more crazy bets out there. People are funny when it comes to their money and what they think the outcomes will be. Bet it all and let it ride, that’s what I say.