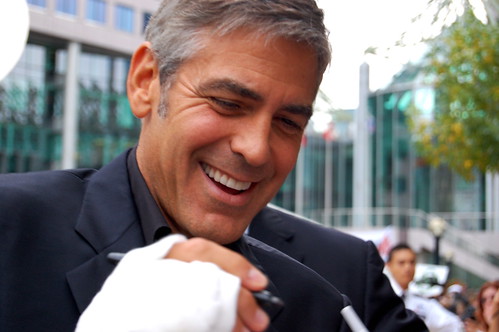 There’s something charming about Vegas. Perhaps it’s the glitz and glamor magnified by the barren Mojave Desert. Or maybe it’s the rush of adrenaline when a gambler sees “7-7-7” or a 21 at the Blackjack table. Also, if what happens in Vegas stays in Vegas, that’s bound to attract people looking for a hall pass for a weekend of debauchery. Hollywood has encapsulated the mystique of Vegas with these four films.

Building on an already classic film from the golden era of mid-20th century cinema, the reboot of Ocean’s Eleven is definitely a casino movie for the ages. Featuring a modern-day Rat Pack with the likes of George Clooney, Matt Damon, Brad Pitt and Don Cheadle, Ocean’s Eleven plays on a fantasy many casino fans have-getting the upper hand on the house. Instead of trying fancy tricks at the card tables, Danny Ocean’s crew takes matters into their own hands and rob the Bellagio for millions. Instant fortune through devious con is what gamblers look for in a casino, right?

Just like Vegas, the original Casino Royale is different things to many people. It’s been described as “psychedelic, absurd,” and a postmodern “momentary vision.” The movie might have been polarized among critics, but what else embodies the essence of Vegas more than a group of critics simultaneously praising and decrying a bizarre experience? The film itself is ultimately a zany hybrid of the spy and casino genres, featuring the oddly appropriate placement of Peter Sellers as a baccarat whiz, David Neven as the “real” James Bond, and even Woody Allen in another one of his signature roles. If the casino is an honest extension of human desire, then Casino Royale is a brilliant and satisfying parody.

The folks responsible for National Lampoon made some of the most hilarious films in American history, ranking Vegas Vacation among some of the best comedies and casino films of all time. Vegas doesn’t present itself as the most family-friendly destination in America, so when the Griswolds head to Sin City, everything bad that could happen, does. The dad gets turned into a tiger for a Siegfried & Roy show, the daughter runs off to play with a stripper, the mother has a near love affair with Wayne Newton, and the entire family loses every penny-you know, the typical casino experience.

Based on the true tale of Frank “Lefty” Rosenthal and Tony “The Ant” Spilotro, Martin Scorsese’s Casino is a testament to the destructive nature of human greed exacerbated by a casino environment. Saturated with blood and cursing, the film is a wild ride of intrigue, romance and tax evasion, illustrating how high-level players use gambling as a business. The true story is based off the “Stardust Skim” incident in the mid-1970s, where an organized crime group took millions through rigged scales in casino games.

These four films illustrate the best and worst qualities of the casino lifestyle, and are best watched with cigars and martinis.