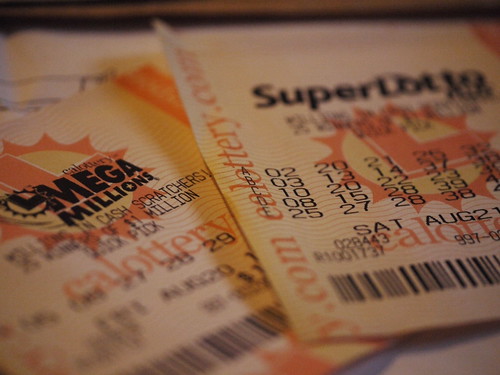 Who hasn’t fantasized about winning the lottery? You scratch off your ticket, stare incredulously at the numbers on the t.v., and then jump up and down on the couch screaming. You’re richer than Bill Gates or Donald Trump. But before your imagination runs away with you, remember that winning the lottery is still real life. And in real life, no matter how much moolah, there are still consequences. So here are four fearsome downfalls to avoid:

Anything that Hates Your Body

News flash: if you don’t want to die young or cope with regret into your 80s, don’t use your money to hate on your body. It’s not worth it. Meet Callie Rogers. She won 1.9 million in a U.K. lottery ($3 million US) back in 2009, when she was only sixteen. She blew it on drugs, booze, plastic surgery, and parties. Oh, and tried to kill herself. Three times. Now broke, she told the Mirror last summer that she’s happier poor than she ever was when she had so much cash to throw around. One lottery winner said that his crack dealer has more of the money now than he does. Fairy tale ending? I think not.

Anything that Cheats Your Family

Once you’ve figured out who your actual family is-not the thousands of supposed family members who suddenly turn up-keep that real family close. Splurging on a few houses in Europe will rip your family, whether that means husband, kids, grandma, or the dog, out of their comfort zone.

Meet Jack Whitaker. After winning $314 million (yes, you read that right), Whitaker stumbled into a drug-fed irresponsible life. Both his granddaughter and daughter were eventually found dead; the granddaughter from an overdose, and the daughter from unknown causes. He divorced his wife of 42 years. Hallmark wasn’t lying when it said that money can’t buy family.

Anything that Makes your Bank Raise Its Eyebrows

Let’s be honest: winning in the first place will psych your bank. But after that, remember that banks are friends-they know their stuff. Don’t shock them. Experts advise against accepting your winnings in a lump sum of cash, but rather taking an annuity payment. Dan Mcay, an expert who’s written books on this stuff, says to clear all debt first. Don’t buy a mansion when you’re still in student debt, or a Lamborghini when you’re still making payments on your refrigerator, t.v., and Macbook Pro.

Meet Chris and Colin Weir, Scottish winners of EuroMillions lottery, have used their $161 million fortune to donate to sports, health, and culture across the country. Sure, they bought a few mansions, but other than that they’ve spent their winnings thoughtfully.

Anything that Risks Your Risky Fortune

Lightning rarely strikes in the same place twice. If you keep on gambling that money, chances are you’ll lose it all again. Meet Evelyn Adams. Back in the 80s, she won the NJ lottery twice. An inveterate risk-taker, she always went back to the tables, and ended up losing it all. She now lives in a trailer.
Oh, and if you do win the lottery, let me know, will you? I have a few bills that could be paid now, too.